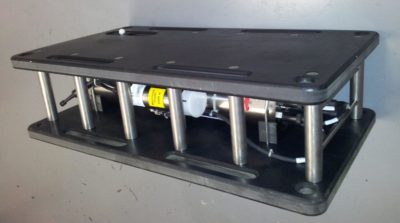 Dr. Larry Hutchings (Ma-RE, UCT), in conjunction with the Department of Agriculture, Forestry and Fisheries (DAFF), the Danish Technical University (DTU Aqua) and Sea Technology Services, will commence sea trials of a custom-designed, ruggedized protective casing, mounted on the headrope of a demersal trawl net.

The casing will carry a:

“The research will form part of the ECOFISH project, linked to the Benguela Current Commission which harmonises ocean management of the Benguela Current ecosystem between the three coastal states of Southern Africa.
The project specifically deals with assessing factors likely to influence the catchability (or availability) of hake off the west coast of southern Africa. Hake accounts for approximately half the value of South Africa’s and Namibia’s fish catches. Observations by benthic trawl fishermen have noted the hake catches seem to decline whenever strong southeast winds blow in summer and if green coloured water is present over the traditional trawl grounds, located over depths of 200-500m on the outer edge of the continental shelf.

A master’s project by Ralton Maree from  Rhodes University in the early 2000’s clearly showed hake and their prey items, observed as acoustic scattering layers, rising off the bottom in response to strong SE winds. If hake catchability is affected by environmental factors, it could have important implications for the annual fishery research surveys and for assessing commercial catch-per-unit-effort, a standardised measure of the population size of hake in relation to the fishing power.

By attaching a CTD with light, fluorescence, and turbidity sensors to the headrope of commercial trawl nets, we hope to evaluate how environmental conditions 200-700m below the surface alter the fish availability. Commercial vessels often fish repeatedly over an area where enhanced catches are made, which will allow us to evaluate the change in catch rates over time. This is in contrast to the stratified random design of research surveys that do not have the time to stop and undertake process studies for several days in any one location. The two approaches complement one another and should provide a better understanding of factors affecting hake, leading to improved quota setting and management of the valuable hake resources in the Benguela Current.” 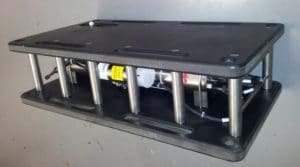 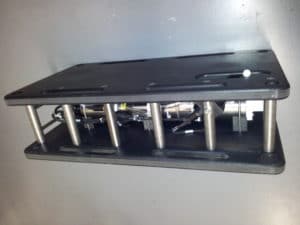