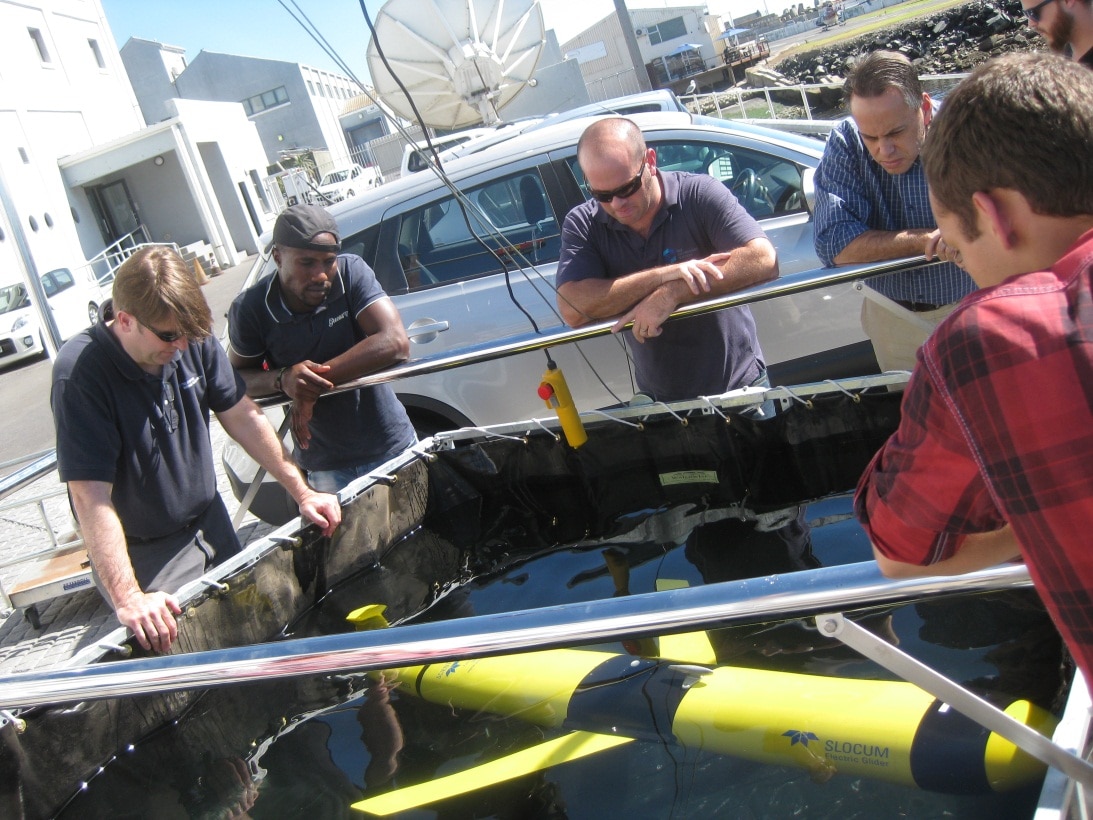 With the assistance of Ben Allsup from Teledyne Webb Research, the Slocum glider and her scientific payload sensors were tested in a custom built test tank at the South African Marine Engineering and Robotics Centre (SAMERC) and later deployed south west of Cape Town.

A piloting, servicing and ballasting refresher course was also presented by Ben Allsup.

Sea Technology Services is proud to be part of this exciting new chapter in ocean gliders and the expansion of the present South African glider fleet. We eagerly look forward to sending the Slocum on her first extended science mission around our coastline and into the Southern Ocean.